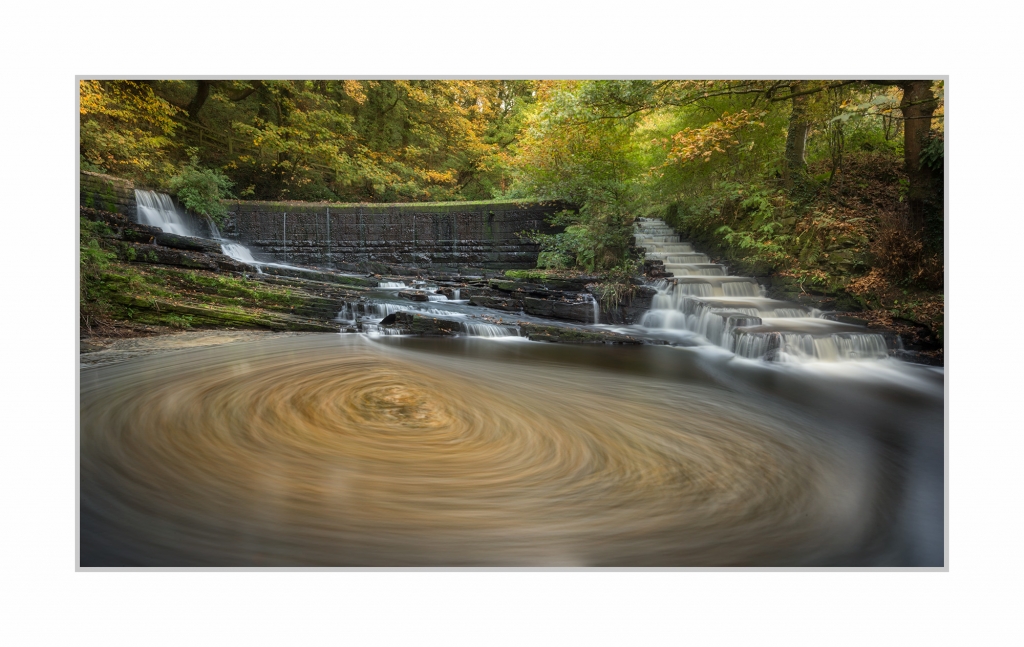 Sometimes you just can’t beat creating an image on your own doorstep and this for me was one of those occasions. The image has only been made possible in the last few years due to the fish ladder, which you see down the right hand side of the photograph. These are designed and put in place specifically to facilitate the upstream and downstream movement of fish and other aquatic fauna which had formerly been denied access during the industrial revolution when the large weir would have been constructed. The whirlpool effect is created by the water flowing from the fish pass as it enters into the large foreground pool. By allowing the camera to expose the image over a long period of time, the fallen autumn leaves moving around in the pool are rendered as concentric coloured lines.