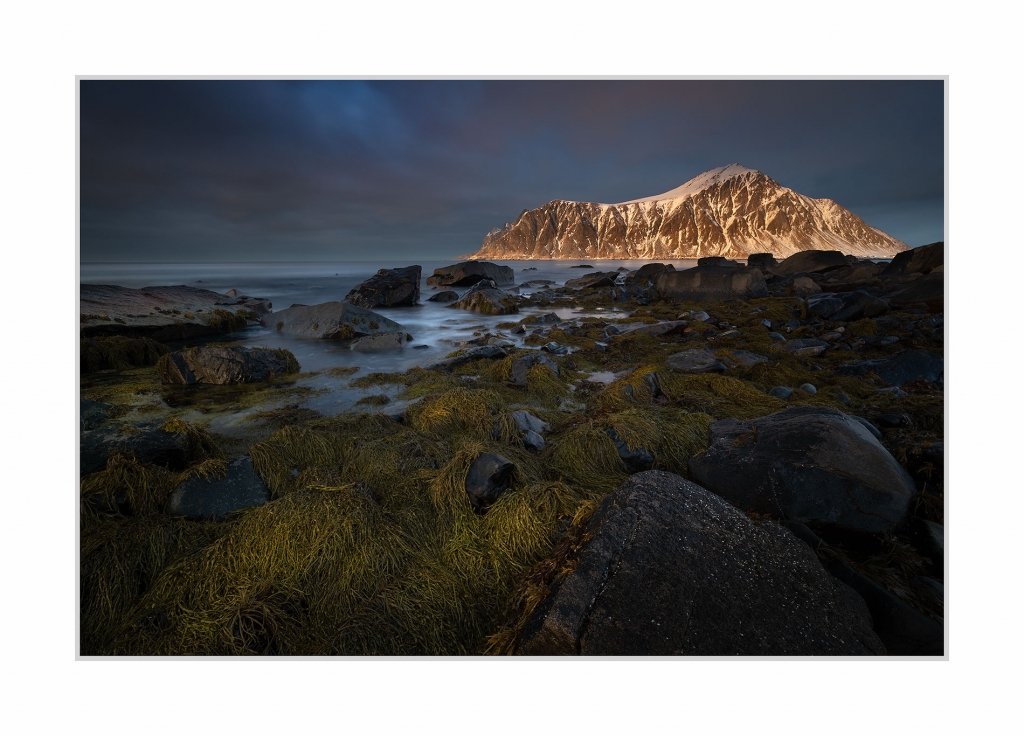 The Last Night is a photograph taken at the beautiful Skagsanden beach in the Lofoten Islands, Norway.

This was the last evening of a ten day trip to the area where I had been filming for my YouTube channel. I had managed to capture a number of pleasing shots already as part of filming, but nothing that I felt I had put my own stamp on. Typically, beyond the obvious location at the beautiful Hamnøy, which can be seen here, I had not really researched much at all in terms of photographic locations and I do this deliberately so that I am not influenced by other photographers’ work. This method has the downside of putting me very much on the back foot with my hit rate, but has the advantage of giving me the satisfaction of being able to call most of my photographs my own. On this occasion, I had been on a drive during the day just to soak up the grandeur of the place during down time and happened upon this beach purely by chance. Now since my return, I have come to realise that this is a very well known spot photographically, but still, it was new to me. Had I known about the beach beforehand, I would probably have framed up on one of the many rock pools, with one in particular being photographed by pretty much every photographer who has ever been here. For me, I framed up oblivious to these images and was drawn instead to the lovely bladder rack decorating all the foreground rocks. The deep green colour of the weed contrasted beautifully with the subtle blue tones in the sea and sky…and then, as if the gods were looking down favourably on me, they bathed the stunning mountain backdrop in glorious evening light. I feel that the little splashes of light on the seaweed are just enough to catch your eye and take you on a visual journey into the arctic landscape.