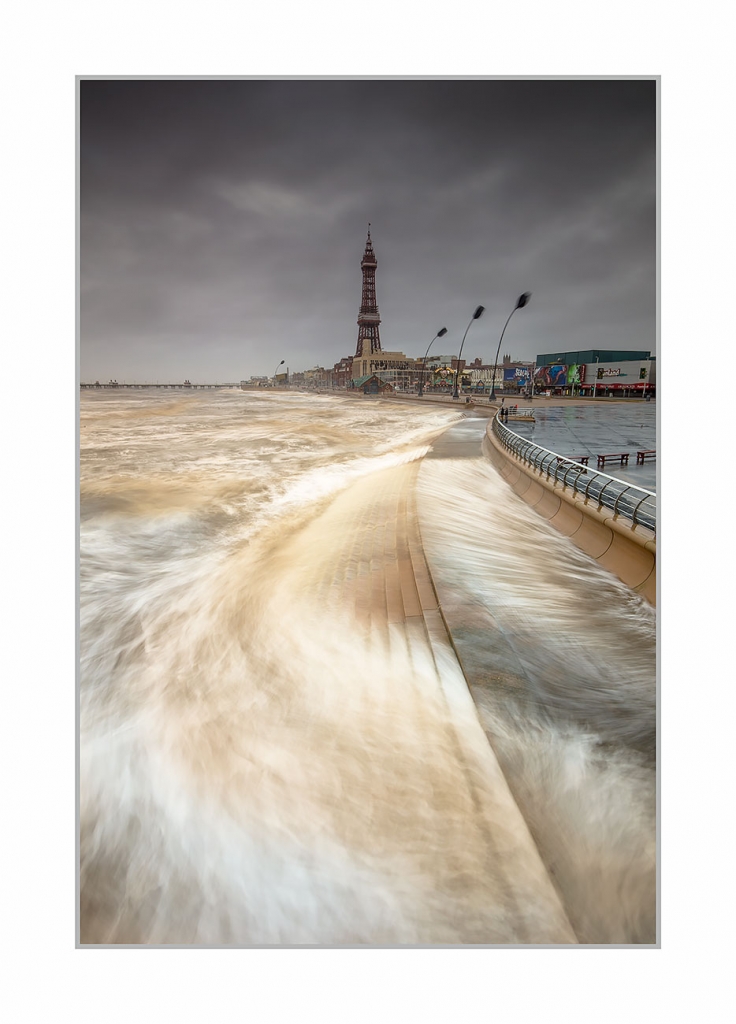 This print can be seen LARGE in the Enter My World section of the website.

I don’t live far from this location and so this image was fairly easy to get. What I did want however, which took a little bit more planning was a dark moody sky above the scene, which sets the tone of the image. The steps that you see in the image are part of Blackpool’s new coastal defence system which diffuses the water as it hits them and takes the power out of the waves. It seems to do the trick because prior to these being constructed, the coastline had a scalloped high wall, which was supposed to deflect the water back seaward. This however never really worked in practice, as the outgoing waves were always met by the incoming ones and this led to some very high waves crashing over the promenade and often flooding too. I did used to enjoy photographing the old wall during rough seas and I even once won a Nikon f5 as a result of a first place entry in a magazine competition. The new steps however do prevent people from getting washed out to sea and photographically, has allowed this more creative approach to shooting the coastline. Here I have selected just the right shutter duration to soften the arc of the water as it rolls back over the steps to display it in contrast to the strong angular steps.