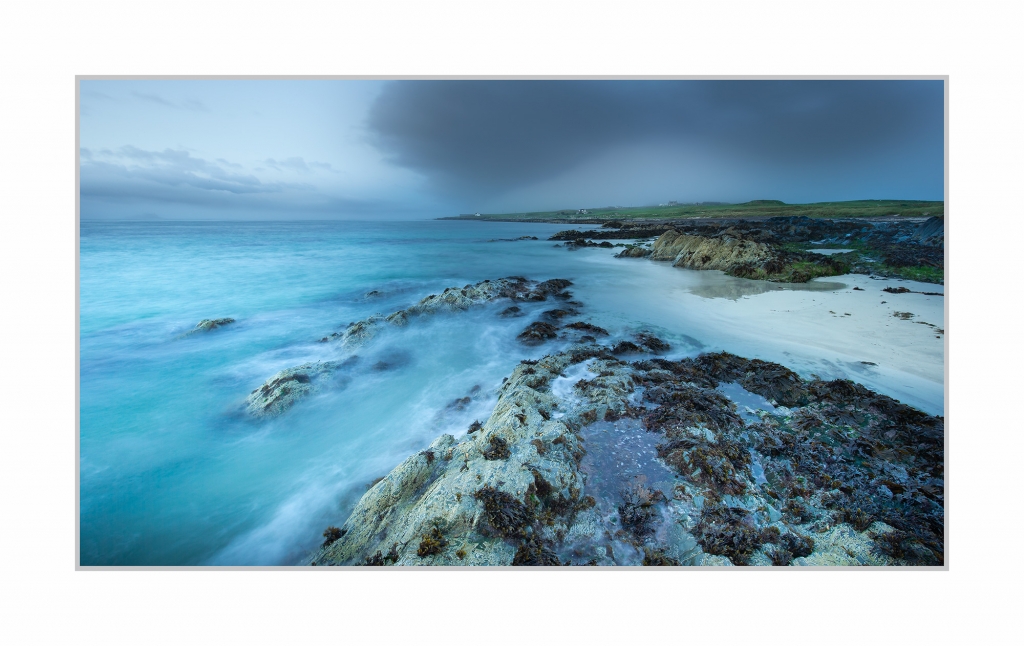 I feel very blessed to have taken this photograph, as it was completely unplanned and very much a reactive kind of photograph… right place, right time you might say! I was making my way back to my cottage after a reasonably successful morning’s shooting on the beach further north on the island when rather than head back along the road, I considered the better option was to explore the coastline as far as I could. The spot you see in the photograph was pretty much as far as I could get before access ran out, but because I was in no hurry to get back, I decided to sit and enjoy the Scottish sea air, ‘for a wee while’ as they say! Now the Scottish weather can change in an instance and the beautiful day you are experiencing one minute can quickly change into a miserable one the next. Within minutes of arriving here, I noticed some very dark clouds in the sound (stretch of water between Mull and Iona) that were heading in my direction and dumping rain along the way. I had two options, set up and photograph the event…or pack up and run for cover. It goes without saying that I stayed, but what you don’t get to experience in the photograph is the long walk home in the soggy wet clothes! I love this photograph! The stealy blue tones in the clouds echo wonderfully the  aqua coloured water, and even the silica, which sand is partly composed of has taken on a similar hue.