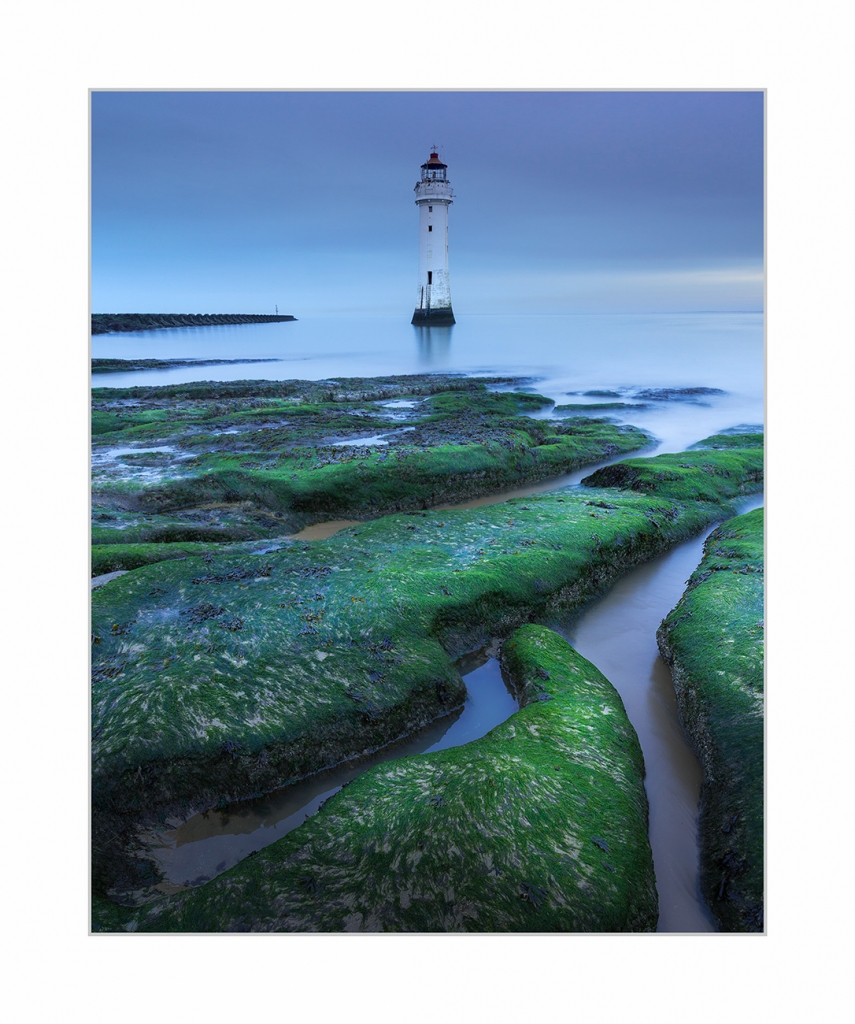 New Brighton (or Perch Rock) Lighthouse is situated at the confluence of the River Mersey and Liverpool Bay.

Sometimes you have to make many trips to a location to get the shot that you want, but often, what you want is not always what you get and this was the case with this image. I had travelled to the location on the promise of a blood red sky, but upon my arrival I was greeted by last glimmer of clear sky becoming completely enveloped in a bank of thick grey cloud. Undeterred, I set up my equipment under the gloomy sky to attempt to make an image before the forecasted rain moved in earlier than expected. Because the light was indeed poor, I needed to pull out all the stops with a strong composition to get something for my effort. As luck would have it, my visit coincided with the outgoing tide exposing the rock pools that are situated in front of the lighthouse. I quickly set up to catch the water as it receded out from the shore to capture the composition you see here, which is a finger shaped rock pointing towards the lighthouse standing alone in the cold gloomy sea air.