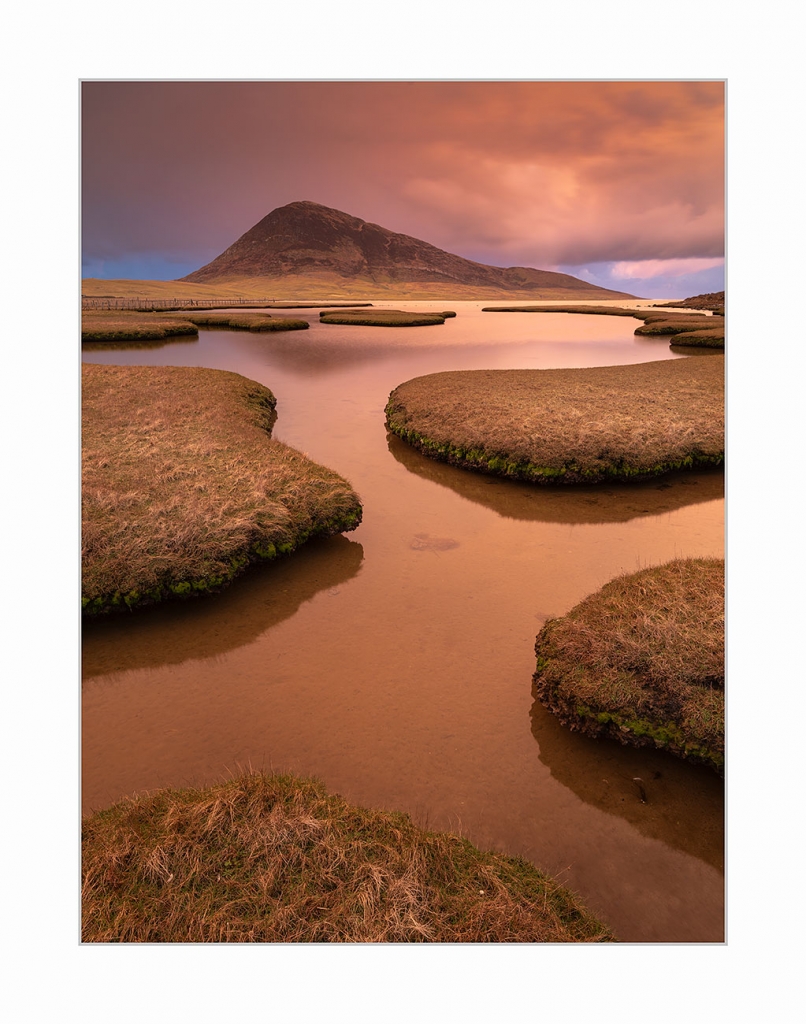 The Saltings at Northton Saltmarsh on the Isle of Harris and Lewis, Scotland, United Kingdom.

I took this image whilst recording a series of films for my YouTube channel in the early part of 2019. The image is the result of five dawn trips to the location within a two week period and whilst it’s not exactly what I had in mind for the shoot, I am more than happy to have captured some very unusual light indeed. My mind was set on photographing the high altitude cloud during the pre-dawn period when it would naturally light up as the sun moved ever nearer to the horizon line. The light would then have reflected in the still foreground channels resulting in my predicted scene. However, as is always the case with landscape photography, the occasions when you actually get what you hope for are very rare indeed, and so the next best thing is to hope for anything that will be portfolio worthy. Never would I have dared to hope for the light that I got on this particular morning! What actually happened was this! As is often the case, the clouds gathered on the eastern horizon line where the sun was rising. The sun lifted into the clouds but shortly afterwards, lifted out again, but crucially it did so quickly enough to still have a plentiful supply of that wonderful golden glow. As I had been waiting for the pre-dawn light, unsettled whether carrying hail was moving in off the Atlantic to my west and as the initial cloud mass moved overhead, it was illuminated by the golden rising sun. Because the cloud mass was very dark and hail filled, I can only try my best to imagine and suppose that the light was scattered by the billons of tiny frozen water crystals within, creating this beautiful unearthly glow. I personally put this in my top ten of my all time best photographs.